'Traffic Violence' Not 'Accident': Terms for Car Crashes Are Changing 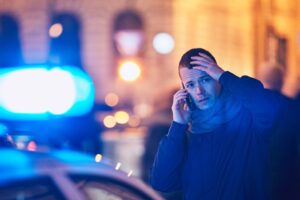 We call a car crash an “accident” out of habit, but safety advocates insist that needs to change. They believe that the word “accident” skews the perception of a crash. It implies that the incident was caused by a twist of fate, and that no one was to blame. It also minimizes the severity of the crash, and suggests that it was inevitable and unavoidable.

But does changing our language actually change people’s perception? A study published in Transportation Research Interdisciplinary Perspectives and cited in an article on LAist.com proves that it does.

Subjects were given three versions of a news story about a crash, each using different language, and afterwards were asked to assign blame. The researchers found that even very small differences in the way an accident report was worded made a significant difference in how that accident was perceived.

Safety advocates suggest changing the phrase “traffic accident” to “traffic violence” to provide a more accurate perception of a crash. “Violence” implies that there was aggressive action on someone’s part, and that someone certainly is to blame for what happened.

It also implies that the crash could have been avoided. A drunk driver killing another motorist would be “traffic violence” because the intoxicated driver is clearly at fault and acting dangerously. His decision to drink and drive was deliberate and not random, making the word “accident” inappropriate.

The term is particularly suitable when we’re talking about someone getting hit by a motorist while walking or cycling. Clearly, the pedestrian or cyclist is more vulnerable than the person encased within two tons of metal, but they are often subtly blamed for the incident through the wording of the report, while the role of the driver is downplayed.

“A pedestrian darted into traffic and was hit by a car,” for example, implies that the pedestrian was at fault, rather than the driver.  That phrase also uses distancing language – “a car” rather than “a driver” or the person’s name – thus avoiding blame.

The word “accident” is deep-rooted in our lexicon when it comes to crashes. For a major shift to take place, government agencies and the media would also need to change the language they use regularly. The media, in particular, controls how most people perceive crashes.

If a speeding driver hits a child and the incident is reported as a “tragic accident,” the driver is somewhat absolved of responsibility. There is even a term for this bias: “windshield journalism,” that is, seeing from the driver’s perspective. If the news instead reported that an act of “traffic violence” had taken place, resulting in the death of a child, the emotional reaction from the public would be very different.

If you are injured by a motorist while driving, cycling, or walking, you need an experienced legal team on your side to achieve the best possible outcome for you. Contact Morris, King & Hodge, P.C., in Florence and Huntsville, Alabama, by calling us, filling out our online contact form, or using the live chat function on our website.

Harvey B. Morris is a lifelong Alabamian who has been practicing law in Huntsville since getting his law degree and passing the state bar in 1966.