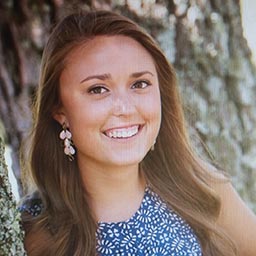 Texting and Driving: One of the Worst Decisions You Can Make

In 2012, the National Highway Traffic Administration reported that 3,328 people were killed and 421,000 were wounded because they were in wrecks where the driver was distracted. That is about twice the amount of kids that attend my high school dying every year from car accidents! Texting and driving is much more dangerous than one may think. It is six times more likely to cause an accident than driving while intoxicated and is the same as driving after having four beers. In fact, texting and driving is twenty three times more likely to cause an accident than driving undistracted. It is also the same as driving blind for at least 5 seconds at a time. If you are going fifty five miles per hour, that would be driving the length of a football field blindly. That is absolutely terrifying! Could you imagine all of the things you could pass or run into going fifty five miles per hour without looking for five seconds? This is why texting and driving is such a serious issue, that we cannot take lightly.

There are many that don’t know the dangers of texting and driving, but there are also many that do, but still do it. A survey found that 77% of young adults are very confident that they can text and drive and that it is safe, and even 55% say that it is easy. Based on the information given in the last paragraph, texting and driving is obviously not safe. So, then why do people still do it? Many tend to come up with any excuse to do it, including only doing it at stop lights or holding their phone up higher to have better visibility. However you do it, it is not safe. This shows that the problem cannot be solved by just spreading awareness, because many are already aware, we must come up with other ideas to change the minds of those who believe that it is still safe.

For many young drivers, who are unaware of the dangers of texting and driving, we must first warn them of how serious it is. One great way to do this is by teaching it in schools. Many times it is taught in driver education class, but there are still some kids that don’t take the class. Therefore, one solution may be to add it to the curriculum for health class. Also, during a teen’s sophomore year of high school, which is usually when they turn sixteen, the school could have an assembly for all of them to tell them about the dangers of texting and driving and maybe even show them videos to help them see the effects. When teens take their permit test, questions could be added about texting and driving so that everyone who is on the roads knows the dangers before they even begin driving. Kids are in school for about seven hours out of the day learning tons of material to help them get ahead in life, might as well start teaching them how to stay safe as well.

Solving the problem of texting and driving cannot just be done by one person. Many people are needed to help solve the problem. For example, different groups or companies, such as Apple or Samsung, could help stop texting and driving. They could create and app on the phones that they produce that would detect when the phones owner was driving and silence the phone, so that the driver is not tempted to use it. Also if it is a teenagers phone, they could create and app that would alert their parent if they sent a text while driving. This could greatly decrease the amount of teen’s texting and driving, because they would not want their parents knowing and would not want to get in trouble with them either. If different companies or groups could contribute to resolve this issue, great change could occur.

There are many people who text and drive that are not teens. Alerting their parents that they were texting and driving would be completely unnecessary because they likely are parents. For those people legal action may be necessary. For example, ten states plus D.C. have laws prohibiting handling phones while driving, thirty-two states and D.C. prohibit phone use, and thirty-nine states and D.C. prohibit texting and driving. Getting laws passed in all of the other states could help lower the amount of wrecks caused by texting and driving, because no one looks forward to paying a ticket. Just like how there are commercials and billboards for buckling your seat belt while in a car, there could be some for texting and driving. Instead of the phrase ‘click it or a ticket’, you could say ‘send it and you’ll spend it’, as in if you send the text you will spend money paying for a ticket. In these commercials, there could be some really gory images of what wrecks that were caused by texting and driving or showing the people long after the wrecks so that the viewers can see the long term effects of how the people’s lives changed completely. This issues has become so evident in our society that for the safety of all, the truth about texting and driving needs to be heard.

Overall, texting and driving is completely idiotic if you really think about it. By doing it, you are risking your life and others life all for one text message. Plus, the likelihood that that text message is of any importance is extremely small. We cannot stress enough that it can wait! Sending your best friend a text message is not worth taking someone’s life. If only everyone knew the dangers and consequences of texting and driving, then maybe our roads would be a safer place, maybe parents would not be afraid to let their children play in the streets, and maybe there would be less people wounded and killed because of someone’s immature decision to text and drive.