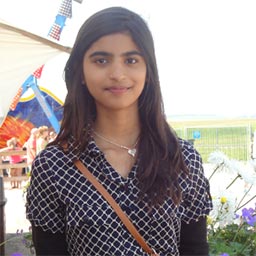 Better to be safe than sorry

Almost being a victim of a texting while driving accident, I can assure that no text in the world is worth coming close to death. My whole life flashed in front of my eyes as the car coming from the opposite direction hit mine and crashed into my windshield. Just because someone had to send a simple “K.” Fortunately, everyone survived. However, that is not always the case. “Texting while driving causes a 400% increase in time spent with eyes off the road” according to the National Safety Council and that brief amount of time could determine someone’s life or death. It would be beneficial for all humankind to shine more light on the issue of texting while driving by enforcing strict laws, charging higher fines, educating teens from an early age, starting campaigns, setting up good parental examples and spreading the word about the dangers of texting while driving on social media. If everyone unites together to fulfill these roles as parents, teachers and teens then the 330,000 injuries that take place per year due to texting while driving could be significantly reduced.

The most important step to prevent texting while driving would be through the implementation of a strict government regulation that prohibits such action in all fifty states and charges a higher fine from those who break it. According to Governors Highway Safety Association, “46 states currently ban text messaging for all drivers, but no state bans all cell phone use for drivers.” This law should be changed to no cell phone use at all while driving. This will not only ensure safety for the person behind the wheel but also provide protection to others surrounding the vehicle. The fine for texting while driving varies by state with California charging the lowest ($20) and Alaska, the highest ($10,000). There are also four states that have enacted no laws or fines on texting whatsoever. The states that do charge fines should raise their fine to at least $200 and the states that have no laws banning texting should pass legislation in an attempt to avoid the “1,600,000 texting while driving accidents per year” (National Safety Council).

Children should be educated about the consequences of texting while driving from an early age through parental involvement and school activities. They should be taught to avoid using their cell phones when they enter middle school so they realize the dangers and risks associated with it before they start driving. Parents should also recognize how their actions impact their children negatively when they use cell phones while driving. According to a poll “15% of young drivers have seen their parents text while driving, 48% of kids age 12-17 have been in a car while the driver was texting and 48% of young drivers have seen their parents drive while talking on a cell phone.” Although these number appear small, they are the cause of nearly 25% of all car accidents. If parents make it their responsibility to set good examples for their children by avoiding all cell phone use, then those children will grow up to behave the same way. Furthermore, schools should focus on educating young children about the dangers by showing them informational videos of people involved in such accidents, having speakers come in and share their perspectives and by setting up anti texting activities that emphasize on the hazards faced by distracted drivers.

A lot can be done to prevent texting while driving using the various forms of technology and social networking sites we have today. According to the US Department of Transportation, “people who read or write text messages are 23% more likely to be involved in a car crash than other drivers.” To reduce the number of fatalities, parents and teens could use a drivecam to monitor their activities and provide a real-time feedback about their driving, they could also take anti-texting pledges and use apps that block texting while driving such as AT&T Drive Mode, Cellcontrol and Live2Txt. Other apps such as Drivemode and SafeDrive and could also help avoid a driver’s temptation to use a cellphone while he or she drives. Members of the community, schools and churches could start campaigns and use social media to inform people how texting while driving is endangering human lives every day. Popular social media sites such as Facebook, Twitter and YouTube could successfully spread the message to people all around the world since over 75% of all Internet users use social media today according to Pew Research Center. There are currently a few non-profit organizations that aim to end texting while driving including The Distracted Driving Foundation. This organization plans to get phone companies to block all text messages and calls until the vehicle is stopped. More organizations like this would ensure a safer environment for everyone and use technology in the most efficient way possible for those who cannot resist to answer their phones when they receive a text or call. Additionally, advertisements, magazine articles, radio, newspapers, television and billboards could publicize the innocent human lives that are lost every year from the reckless texting while driving accidents and awaken in people the long lost responsibility to drive safely.

Simply put, texting while driving poses threats to not only the driver but also to others around his or her vehicle. It has become a big issue worldwide that can be resolved if everyone fulfills their role as a responsible citizen. For example: if parents set up ideal examples for their children, teachers start educating kids from a young age, teens use social media to spread the word and most importantly if the government enforces new regulations. The National Safety Council reports that “cell phone use while driving leads to 1.6 million crashes and 330,000 injuries each year.” I believe that if everyone unites together for this one cause then the shocking number of casualties that take place each year from texting while driving could sufficiently diminish. Although, individuals need to realize it on their own that safety comes first and it is better to be safe than sorry.